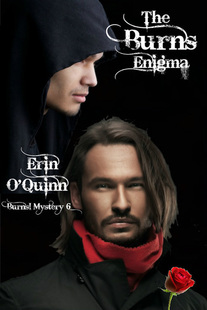 Burns had long ago discarded his first name. The surname was sore thumb enough, sticking out and begging people to ask the same questions, with the inevitable smirk. Will you show me your poetry? Married how many times? Do you have umpteen children?

His father, rest his soul, had named him, but his mother had sung to him. And when she sang, her lullabies were always murmured to a certain wee bairn…to a special name he kept on a shelf deep inside his crusty heart.

He’d thought of her in some way every day for the last 28 years, since his second birthday, the day she left and never returned. Father had joined her a decade later.

And three weeks ago was Randolph’s turn. The only people he’d ever loved were now motes of dust in his entropic universe. A few lines from Yeats swirled around the vortices in his brain.

Turning and turning in the widening gyre

The falcon cannot hear the falconer;

He slid behind the wheel of his leased car, the one designed to take him places very fast, and slipped the fluid gear straight into second then quickly into third. His large gabled house near Edinburgh Castle was close enough to his office that only rarely could he shift into fourth before reaching its familiar cobbled, narrow street.

It had been a long time since he’d looked forward to easing between crisp sheets on his bed.  These days, the linens were soiled with sweat, and worse. He really should stop chasing away the cleaning staff. The idea of “home” had come to mean a place of dreaded loneliness instead of welcome solitude, and he seemed to be wallowing in it since Randolph left.

But tonight he drove with an odd sense of ease. Not once did he flout the posted speed markers. He was thinking about the call.

The conversation turned over and over in his mind.

“I—what if we meet somewhere? I’m in Dundee. But I could be at the Bide-A-Wee rest stop this afternoon, about four I think. On the A-92. Do you know the place?”

“And I should drive for ninety minutes why?”

“Be-because we need to meet.”

That voice, somehow familiar, tickled and teased his memory. The deep syllables with musical rests in between…the lilt and fall of the accent…the tone that invited intimacy even while keeping a shy aloofness…

Over the years he’d given his business card to hundreds of people. It seemed everyone wanted some bloody thing restored: a piece of furniture, a family heirloom, a decaying manuscript. His expertise in history and art had kept the money rolling in, from hand-picked clients with large bank accounts. So lately he’d been much more circumspect about giving his cell number to anyone who asked.

Why would he have left his card with a bloody Irishman, one with hardly any manners at all? He grinned for the second time that evening and thumbed the remote before pulling his car into the lockup next to his house.

He meant to find out.

Since Randolph had died, the entropy in his old house had increased exponentially. Burns found a clean tumbler somewhere and poured a Drambuie. He absently toed off his shoes and dropped his suit pants where he stood at the liquor cabinet. Kicking the trousers out of the way, he padded down the long hall to the bedroom, flicked off the lamp, and sat on the edge of his rumpled bed.

The room seemed to move around him, plagued by moon shadows. A full moon tonight. The sign of good fortune. He lifted his glass.

He drank, not slowly enough, tasting the oak-and-spice on his tongue and welcoming the burn in his throat, all the way to the pit of his stomach.

It had been a very long time since any liquor had played nice with his cock like this, making him hard, teasing his ass’ muscle memory.

A man’s musical lilt, a long ago lullaby, a flutter of wings…

“Fuck.” Dropping the drained tumbler over the side of the bed, he lay back and emptied his mind into restless shadows playing across the high ceiling.

The reflection in his long mirror seemed to mock his dark gray suit and the stark red rose in his lapel.

This sodding weather on the North Sea in February argued succinctly against his making a dramatic entrance. He’d have to bundle up in his greatcoat and a damned wool scarf to keep the wind out of his butt crack and his ears too. He sighed and reached into the closet for the coat.

He glanced at the ornate wall clock next to his wardrobe. Two o’clock. Dundee was a ninety- minute drive for most people, for him just over an hour. But he’d give himself extra time to find the bloody inn—which he did not remember at all—and to lift a Scotch at the bar before Fitzgerald showed up.

And then he wondered again, for at least the hundredth time, why he cared.

Because it was his birthday, perhaps? A fact known to only three other people, all deceased.

Because the stodgy Parliament folks had actually passed the Equal Marriage Bill today? That meant little to a man who’d long ago sealed his heart against any intrusion. He hadn’t bothered to follow the news, but he’d heard the incessant tolling of church bells starting around noon. Aye, it was a victory for his country, crawling out of mediaeval ignorance. Worth a collegial drink.

He’d lately grown a close beard and mustache, to camouflage the fact that he fucking hated to shave. It was a little annoying to see a few white hairs here and there. A man of thirty should look adult but not decrepit. At first he’d resolutely plucked every trace of brittle gray, and then he’d realized there was not a reason under an improbable heaven for misplaced vanity.

Still, he twirled around once, decided he liked what he saw.

Waggling his brows at his own reflection, resolving that he looked both mature and mysterious, he shrugged on the greatcoat and threw the long red scarf around his shoulders. He lifted the remains of the Drambuie and tossed it down, savoring a final burn before he had to greet the cold road to Dundee.