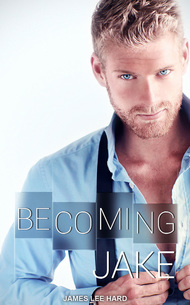 The grandfather clock was ticking in the living room, its sound reverberating in the stillness of that late afternoon. From the stairs, Jake observed his father sitting on the couch. He was watching some TV show Jake couldn’t recognize. Something about guns and animals and, most likely, one of those horrible shows about hunting for sport. He walked in his direction. His heart jumped and his stomach flinched. Although he wasn’t a child anymore, his body still reacted in the same way it always had when he wanted to ask him something.

Jake’s stomach squirmed again. “I haven’t seen her since I left for college and she’s invited me for dinner. You remember Britta?” he asked, clenching his fists without noticing.

“What am I going to tell your mother? That you prefer to be out than here with her?”

Jake’s knuckles were already white. “I don’t prefer to be out. I’m just going to see an old friend.”

“Words are easy, but the fact remains that you’re going out.”

Jake could feel his temple vein throbbing. “Can I borrow the car or not?”

“What are you boys fighting about?”

Jake turned back. His mother trudged down the stairs, white as a sheet. She seemed exhausted. He approached her, held her arm and helped her walk to the sofa. “We’re not fighting, mom. I was just asking dad for the car.”

His mother sat on the couch, wincing, and sighed. “Oh? Where you going?”

“Britta came by the store. Remember her? From high school? I haven’t seen her in years and she invited me over for dinner.”

“I remember her. She was such a lovely girl. I haven’t seen her for a while, now. How is she?”

“Fine, I guess. She’s married and lives nearby. We were going to catch up over dinner.”

“Were? You’re not going anymore?”

Jake glanced at his father. “I am. It’s just a matter of driving or fetching my old bike from the garage.”

His father scoffed. “Well, then, it’s settled, isn’t it? You do prefer to go out than stay here and help your mother.”

“Steve, let the boy have some fun. He’s young, he should be out and enjoying life. He doesn’t need to be with me all the time.”

“I think he had more than enough fun with that excuse of a degree. He should start acting like a man and think of his family.”

Jake pressed his lips and chewed on the inside of his cheek, trying not to answer.

“Steve, why don’t you give him the car keys and go make me some tea? I’m a bit queasy, dear.”

The man got up from the couch and threw Jake the keys, mumbling something unintelligible. Jake caught them, pulling his head back instinctively and flinching his eyes. When he opened them, he saw his father sneering as he passed by.

“You have fun, sweetie. Don’t you worry. I’m fine. Give my best to Britta and tell her she should visit and have some tea with us one of these days.”

“I will,” he said. Jake kissed his mother on the forehead and left the house. Living in his old home again was proving to be more challenging that he had expected.