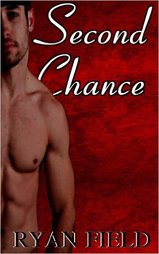 Even though Andy Walker would be turning ninety-three years old in a couple of weeks he wasn't the kind of old man who could sit in a chair and stare out a window all day. In spite of numerous requests to move into one of those assisted living facilities from his only living relative, a seventy year old niece who lived in Chicago and visited two or three times a year, Andy planned to die at the ranch in Montana where he'd lived most of his life.

He still had decent eyesight, his hearing wasn't that bad on a good day, and he only needed a cane on days when his hip really bothered him. He had a cleaning woman twice a week who did laundry, prepared meals, and went over the entire house. And a caretaker who mowed, weeded, white-washed, and handled what Andy didn't feel safe doing anymore. He even drove into town two or three times a week in the same Jeep Cherokee he'd had for over twenty-five years.

Andy wasn't a profound or deeply religious man. The one thing he'd noticed as he'd passed through life was the way he kept losing things that seemed so insignificant when he'd been younger, but continued to grow more important as he'd aged. He'd started out noticing he'd lost a cheap tie clip, or a pair of cufflinks, or a page of sheet music he'd once enjoyed playing. Then one day he noticed he was losing his hair at the temples. By the time he noticed he'd lost the tight skin tone on his thighs and everything sagged and creased, he decided to hold on to the things over which he had control for as long as possible.

One of those things was his small vegetable garden next to the barn where Andy and his late wife had once boarded and trained horses. When Andy and Sarah June Walker had purchased the working ranch in western Montana many years earlier thanks to a cash wedding gift from his in-laws, Andy had always found time to plant a small vegetable garden in a long narrow section near the barn he'd surrounded with a white picket fence and chicken wire. The garden became his sanity sometimes. He would go there to forget about all he'd missed in life and all he'd sacrificed to do the right thing. In his case, doing the right thing had been marrying a nice girl he'd gotten into trouble one night when he'd been too drunk to remember what he'd been doing. When the baby that had changed the entire course of his life was delivered still born he was already married and there wasn't much to do but settle into the life he'd chosen.

It wasn't a bad life, not by any means. Although Sarah June never wanted another child, she made a good home, handled a good deal of work at the ranch that would have made most women scowl, and she had a sharp sense of humor that could always make Andy smile. He got her through breast cancer when she was in her forties; she got him through the burst appendix that almost took him at fifty-two years old. They had friends from Sarah June's church with whom they went out to dinner, they had an annual Christmas party each year the first weekend in December, and they took a trip to Florida every winter when things were slow at the ranch.

When Sarah June first suggested they get twin beds because she claimed Andy tossed and turned too much in the middle of the night, Andy just shrugged and agreed. They'd been married fifteen years by then. He'd wanted to suggest it first but didn't know how she'd react. A few years after that, Sarah June claimed it would be best for them to have separate bedrooms altogether because his snoring kept her up late at night. Andy didn't mind this either. He moved into the guest room overlooking the barn that same night and never left.

It would have been a nice, easy life had it not been for the daydreams and the thoughts he often had whenever he saw one of the cowboys on the ranch wearing a tight pair of jeans move his legs a certain way. These thoughts had always been there, unnatural and cutting to the deepest part of his soul. And he'd always forced them out of his mind because he'd always been told they were wrong. And in the same respect, he'd always hired the best looking, most rugged, handsome young men to work at the ranch. Though he never actually admitted any of this aloud to anyone, he couldn't help those strong feelings that stirred deeply in his body as he watched the rough young men lope to and from the barn with their scuffed up cowboy boots. In the summer he had to wear dark glasses a good deal of the time because the young men always removed their shirts on the hottest days, which could be both distracting and dangerous if he was working with machinery.

So Andy found two releases that kept him from acting on these strong urges: one release of a more carnal nature made him feel guilty when he was finished, the second made him feel as if he'd accomplished something worthwhile and created something no one else could. The second release was the garden, where he could turn nothing into something. It changed all the time; each year he planted a different variety of vegetables. And when he was down on his hands and knees digging in the dirt he found it was the only place he could forget all about his attraction toward other men and lose himself in something that was simple and mindless…and yet at the same time as natural as his attraction toward other men.

This particular year, he'd only planted a few tomatoes and peppers. There was only so much a ninety-two year old man could do, even if he was still as thin as he'd been when he was twenty-five. There was only so much he could eat. As it was he knew he'd wind up giving away most of the tomatoes and peppers at the end of the summer to his hired help and friends in town. But he didn't mind because he didn't garden to eat the vegetables. He gardened to grow and nurture and fill a void.

On a Wednesday morning in early June that year, only weeks before his ninety-third birthday, he set his coffee mug in the kitchen sink and headed out to the garden to see if the rains from the night before had done any damage. No one came to the house on Wednesdays. The cleaning woman worked at another house on Wednesdays and the caretaker came on Thursdays to mow and trim. He didn't mind being alone, because no one would be around to remind him to take the damn cane that always seemed to slow him down more than help him move faster. All the people around him seemed to be fixated with him using the cane. Even the niece in Chicago ended her weekly Sunday afternoon phone call with, "And don't forget to use that cane, Uncle."

As he headed out the back door that Wednesday morning, he glanced at the cane leaning against the old Formica countertop that had been there since the 1940's and flipped his middle finger. Then he lifted his head, squared his back, and headed down to the barn on his own two feet, the way he'd been walking around all his life. He'd learned that if he concentrated on his footing and looked down while he walked he didn't stagger and sway as much.

At least he still had his mind after all these years. And he was only going down to the barn to make sure the slope that had been forming from weeks of heavy rain hadn't washed out his freshly planted tomatoes and peppers. He could have waited for the caretaker to do it, but Andy had always found this particular caretaker to be clumsy and reckless and Andy didn't want this guy’s big fat fingers bending or snapping the new plants.

As he rounded the corner of the huge barn that had once held more than forty horses, he grabbed the gate and held it tightly as he opened it so he wouldn't slip in the mud. He wasn't worried about falling and breaking a hip as much as he was worried about falling and breaking a hip and having to listen to everyone tell him it wouldn't have happened if he'd had his cane. So he wound up taking extra precautions that morning.

By the time he reached the small garden with the white picket fence, he walked as if he were doing a slow two-step dance. At first, everything looked okay. Then he glanced to the back end of the small garden and noticed the slope had grown deeper and filled with water to the point where most of the plants on that end wouldn't survive if he didn't do something fast. He turned and made his way back to the barn taking quick short steps through the slippery mud. In the barn, he found a shovel and the cut-off bottom half of an old Clorox bottle he'd once used to spread rock salt in the wintertime.

The shovel helped him walk back to the garden without making him feel as if he'd been reduced to using a cane, and the Clorox bottle would help him scoop out the excess water and give the plants time to dry out. But when he rested the shovel against the white picket fence and leaned forward with the Clorox bottle in his right hand, he lost his balance, fell face forward into the trench filled with water, and then everything around him went blank.