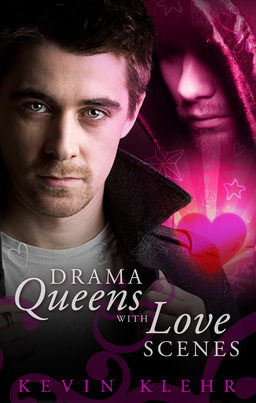 ​Guy was still dragging me along the streets of the Limelight Quarter. The crisp night air was reviving my spirits, albeit through my drunken stupor. Many colorful folk whisked past, some briefly staring at us as they made their way.

“You realize Pedro will be there,” I said.

“That’s why we’re going to call Warwick to come downstairs. You need to talk privately.”

We arrived outside of their balcony. I rubbed my arms to keep warm as Guy placed his hand on my shoulder.

There was no answer. A couple adorned in bohemian black, stopped in their tracks the moment I shouted to my ex-lover.

“I understand,” replied the woman. She looked up to her man. “Poor thing.”

“Warwick! Warwick! I love you.” My voice echoed from the building as I looked to my angel friend. He nodded and caressed my shoulder. The couple nodded as well. “Warwick, are you home? I need to talk to you. Will you come down, please?”

“I really need to talk to you. I have so much more to say to you. I should never have let you walk out of my door the other night. I’ve wanted to talk to you so many times during the last few days, but there’s nowhere private at the theater. Plus I’d probably break down, which is not a good look when you’re wearing white grease paint.”

A few onlookers came out from their balconies. I glanced at Guy who was joined by a small audience. Some parents had let their kids stay up well after bedtime, and their freckled little girl was giggling at me. Her mother shushed her so she sat on the ground, sulking.

“Yes, we’re right behind you,” said an elderly lady with bad teeth. “You make him listen.”

“Warwick, I love you, and I know you love me. You told me so. You said you’ve been waiting all year for me to make a move, and as you know, I’ve been waiting for you to make that move too.”

“You tell him, love!” interrupted the old woman.

My support team began to chant Warwick’s name. I was empowered. I encouraged them to clap their hands in time. They did. There was about ten of them now, and their support gave me a warm glow in that frosty breeze. However, Guy looked worried.

“Allan, shouldn’t you wait until he comes downstairs?”

“My dear friend, Warwick is a coward. I know he’s up there, but he’s too scared to come down because he doesn’t want to hurt that imbecile’s feelings. The very imbecile who tried to hurt me physically during his dumb-arsed play!”

“No one should ever break your heart,” alleged a handsome older gent behind me.

“Thank you.” I turned back to address my ex-lover. “Now listen here, Warwick! You told me that you’d been waiting for me to make a move. I did. We made love over and over under that so-called playwright’s nose. And what happens when the going gets good? You freak out. What the hell for? Was the sex that bad that you preferred old teensy-dick instead? Was it all getting too intense for you? Is that the reason?” The crowd became quiet as I felt the bitter cold again. “Were you too scared of being in love? Too much intimacy for your murky heart to deal with? Too much real emotion for your juvenile soul to cope with? Too much effort to be in love with someone who’s madly, deeply in love with you? Too much…” I shuddered. “Too much…”

Guy grabbed me from behind as I felt my legs give way. He eased me to the footpath and shielded me with his wings. I howled, before tears streamed down my face.