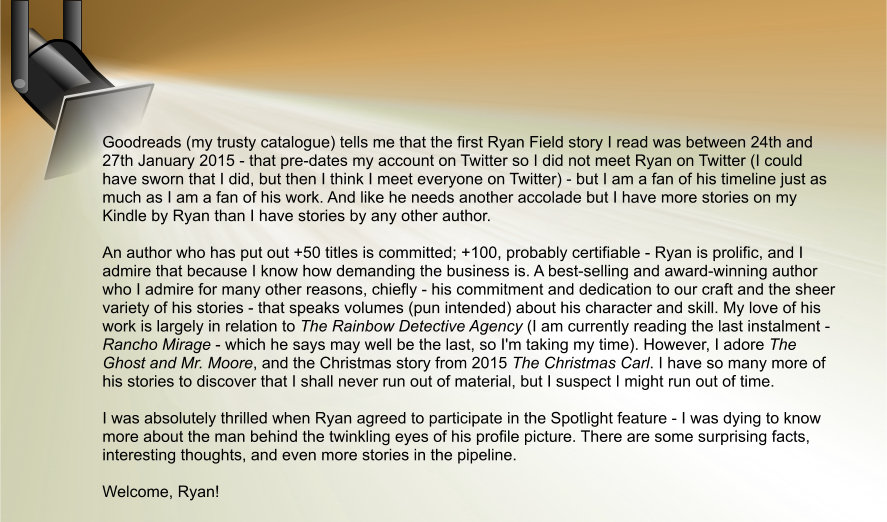 Ryan Field is a gay fiction writer who has worked in many areas of publishing for the past 20 years. He's the author of the bestselling "Virgin Billionaire" series and the short story, "Down the Basement," which was included in the Lambda Award winning anthology titled "Best Gay Erotica 2009." Though not always, he sometimes writes gay parodies of *straight* mainstream fiction/films in the same way straight fiction and Hollywood has been parodying gay men for years, without apology. He also writes hetero romances with pen names, and has edited several short story anthologies. He has a long list of publishing credits that include over 84 works of lgbt fiction, some with pen names in various sub-genres.

Fangsters 2 is also out; on Amazon and both are available at Riverdale Avenue Books.

Click the book cover to check out the rest of the books in this series on Amazon ...