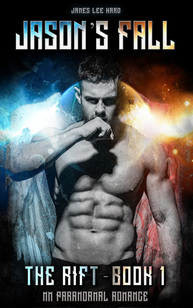 Around the corner, into Main Street where my subway station was, I heard a deep voice speak to me, right next to my ear. I jumped to the side and looked around, dazed, trying to find the person responsible for that shit, but saw no one. My heart pounded and I heaved a couple of deep breaths as I searched for whoever it had been who had scared me shitless. A couple of strangers walked around me, keeping a good distance from the freak who jumped in the middle of the street for no reason. I rubbed my eyes and tried to calm down, telling myself it had probably been the traffic or someone on the other side of the road, and that for some reason I’d heard it like it was right next to me.

As I walked down the stairs to the subway, I noticed the air had a different quality to it. It seemed heavy and smelly, even more so than usual. It seemed to shimmer with strange reflections that lasted for an instant and then disappeared, followed by tears, like reality was being played on an old VCR and the tape was so worn out that the top and bottom halves of the image were slightly misaligned. This was the best way I could describe it, as the phenomenon lasted but for a second and was gone after I blinked my eyes, trying to focus. I grabbed the handrail as the walls began to move like they were made of jelly, undulating in a nauseating pattern. I tried to keep my balance but the stairs under me shook so hard I fell down. Next thing I knew, I was laying on the subway platform, deep underground, looking up. There was something pressing on my back and the ceiling had gone. In its place was a black, thick, creamy mist that slowly contorted itself in random patterns. For a second I thought I felt it staring at me, watching me like a hound, making sure I was going nowhere.

“It won’t bite you. You don’t need to be afraid,” a voice said close by me, the same voice that had cried into my ear earlier, making me jump. Every hair on my body stood up again, a wave of shudders taking hold of me
​.
I got up as fast as I could but my head spun wildly. I tried to focus and balance myself, stretching out my arms, my hands desperate to grip something that would help make sense of this fluid world. I felt a hand grab mine, a large, warm hand that made my chest compress and my crotch burn. I righted myself and looked up. In front of me was a tall man with broad shoulders and a strong neck. His large frame suggested that underneath his suit lay a bulging figure. For some reason this thought made me gasp for air. I could feel the blood flowing down there, making me hard with each heartbeat, my dick pressing itself against my pants, getting harder and harder. I fought my boner, feeling ashamed and angry for the way my body had reacted to the touch of a total stranger; a man, for crying out loud!