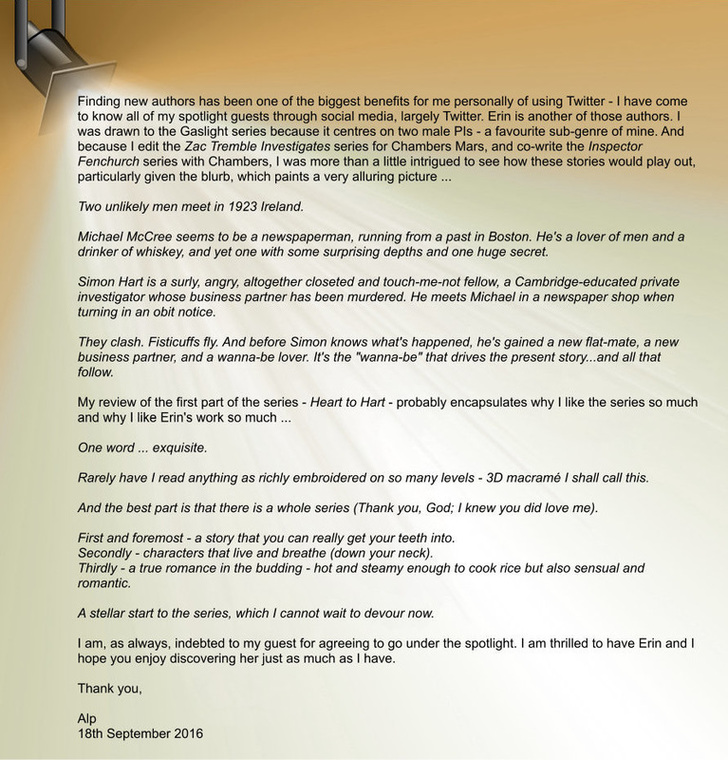 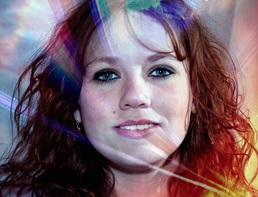 Erin O’Quinn sprang from the high desert hills of Nevada, from a tiny town which no longer exists. A truant officer dragged her kicking and screaming to grade school, too late to attend kindergarten; and since that time her best education has come from the ground she’s walked and the people she's met.

O'Quinn earned a few degrees from the University of So. California, but her real education began on the back docks of a large newspaper; on the good-old-boy car lots in Abilene, Texas where she sold new Chryslers and used cars; and in a big-box store where she alternately hauled pallets and ran a garden center.

Erin is contracted to Siren Bookstrand, for six titles. She publishes the rest of her work with her own proudly independent New Dawn Press.

Please note that nine of O'Quinn's works were withdrawn in March, 2016 by a failed publishing house; but all of them have been revised and are published by New Dawn Press. Those titles are still seen on Amazon as "unavailable." The scores of reviews that went with them can still be read by looking at the old titles. 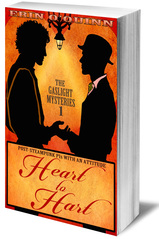 Michael McCree seems to be a newspaperman, running from a past in Boston. He’s a lover of men and a drinker of whiskey, and yet one with some surprising depths and one huge secret.

Simon Hart is a surly, angry, altogether closeted and touch-me-not fellow, a Cambridge-educated private investigator whose business partner has been murdered. He meets Michael in a newspaper shop when turning in an obit notice.
They clash. Fisticuffs fly. And before Simon knows what’s happened, he’s gained a new flat-mate, a new business partner, and a wanna-be lover. It’s the “wanna-be” that drives the present story…and all that follow.
​
The five Gaslight Mysteries are Hart to Hart…Sparring with Shadows…To the Bone…Thin as Smoke…Masters of Cane. 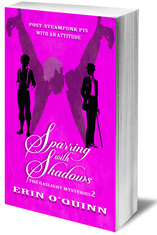 Cover by: Alex A. Akira @ alexaakira.org
Something about Simon Hart’s new PI partner Michael McCree—not to mention his secret vocation—invites trouble. Simon finds himself sparring with shadows: in the hidden bedrooms of a roaring twenties version of a gay bar…as a chained wall decoration in the flat of a thief and sexual deviant…as the quarry in a deadly confrontation in an exhibitionist’s bed…and finally in a sewer tunnel beneath the streets of a 1923 city somewhere in Ireland. Above all, Simon is sparring with the shadow of his own secret urges. Michael will not allow him to turn away from a kind of private investigation of which he has not even dreamed, until now.

Follow a fastidious, surly investigator and his randy yet secretive partner through the very cracks in a city of gaslights and vintage motorcars, into a hidden homosexual culture, as both men find themselves sparring with shadows.
View the Excerpt
Alp's Review
Links:
USA: http://amzn.to/1q0QqxR
UK: http://amzn.to/25H9Bxq
ARe/OmniLit: http://bit.ly/1uxLxy4
Smashwords: http://bit.ly/1PLuDzn 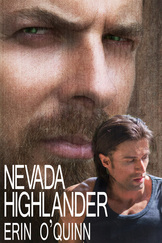 Cover by: Dreams2Media
For some men, love comes hard. But deceit comes even harder.

A Scottish castle laird decides to attend a big game hunt in the mountains of Eastern Nevada. His covert, and reluctant, babysitter is a governor-appointed state trooper.

The exuberant Rory Drummond needs no protector. He is a trained hunter, in addition to having several other entertaining skills. The state trooper Alex Dominguez is reserved, shrouding his past—even from himself—out of a need to seal off old memories.

Inevitably, the men find each other irresistible, and soon certain sparks begin to affect both of them. As the attraction between them grows, so does their sense of commitment to each other. Only one thing stands in the way of a mature relationship—Alex’s fear of telling Rory his secret assignment. The tension between his sense of duty and his newfound passion is a factor which threatens to tear them apart once the truth is known.

And the facts must eventually come out.

What will happen when the hunter finds he's being spied on, thousands of miles from home?
​
And what will the trooper do when his cover is, ah, blown? 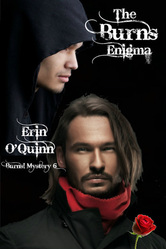 Cover by: Erin O'Quinn
The six novellas in the Burns! series are Burns Too Deep…The Dundee Law…Red, Red Rose…The Devil in Falkirk…The Unicorn’s Secret…The Burns Enigma. They can be read as stand-alones, but the final two form a natural couplet.

When Burns walks into that good night in The Unicorn’s Secret, how will Thomas cope with the rest of his bleak existence? Is there a way these two lost souls can still find each other?

Turn the clock forward…from the day before today, to the present. A tough cop and a reclusive civilian discover that an old crime and a new murder are connected. Worse, the common denominator is one of them.

Thomas Fitzgerald and a “new” lover are in the shadow of a criminal, one who has set his mind on brutal revenge.

The first five Burns! Mysteries tiptoed to the brink of the paranormal and finally teetered over the edge. What will happen in this mystery, as then and now and tomorrow start to merge? The enigma begins, and ends, with Burns…