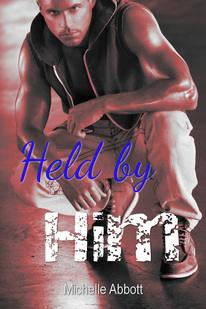 Sitting at the kitchen table, I finish counting out the bills and fix the guy opposite me with a glare. "It's £50 short."

His cheeks redden. "Are you sure? It should all be there. Try counting it again."

Gathering up the bills, I push them to one side and lean across the table toward him. "I've already counted them."

He blinks and rubs the back of his neck. "Sorry about that. I don't know how that happened, it was an honest mistake." He pulls out his wallet and places £50 on the table.

It isn't about the money, £50 is nothing to me, but if I let him get away with it word will get out and other dealers will try it on. Respect. It means everything in this game. I get to my feet. Without giving him chance to stand, I grab the hair on the back of his head and slam his face into the table. Blood spurts from his nose. I push him back against the wall and press the barrel of my gun to his jaw. I lock eyes with him. "Next time I expect the money to be correct on the first count. If it isn't, your brains will be decorating my kitchen wall." I give it a couple of seconds for my message to sink in. "Are we clear?"

I watch his Adam's apple bob. "It was a mistake, it won't happen again."

I take a slow breath in and out and cock the trigger. "I don't want to hear your excuses."

Beads of sweat form on his forehead. "It won't happen again."

Keeping the gun held to his jaw, I stare at him, just to make him squirm for a little longer. I can tell from the look in his eyes that he won't try to short change me again. Which suits me. Washing splattered brains off my kitchen wall isn't my favorite pastime and I should know because I killed a guy against this very wall just last week. I had no choice; it was a grass who threatened to cause us all kinds of problems. I shot him between the eyes. Made a hell of a mess of the wall, and he pissed himself. The kitchen stank of bleach for days after I cleaned it. I had to eat out because it smelled like a hospital ward, and I hate hospitals.

Once I've got rid of the drug dealer and placed the cash into our wall safe, I glance at the clock on the mantelpiece. It's 8:30PM. Switching on the light I head down the steps to our wine cellar to grab a bottle of red. I brush the dust from the label and check that it isn't a special vintage. I don't know one wine from another, all I know is that red goes better with steak than white. My dad is the wine connoisseur. Back in the kitchen, I find the corkscrew and open the bottle. If I've accidentally opened one of his special wines I have no doubt he'll let me know. I pour myself a generous glass and listen to the sizzle of my fillet steak as it cooks in the pan. I've just sat down to eat when I hear a key turn in the lock. Dad strolls into the kitchen.

"The girl will be arriving tonight. Is the room ready?"

Hi Calin, how you doing? I'm fine, Dad. You? I glance down at my steak and salad. I've lost my appetite. I put down my knife and fork. "We don't need the girl, I think there's a better way to-"

"You're not paid to think, you're paid to do what I tell you." He picks up the opened bottle of wine and glances at the label, before putting it back on the table. He glares at me. "I asked you a question."

He turns and leaves without saying another word. Have a nice evening, Calin. You too Dad. Sighing, I get up and dump my steak and salad into the trash. Picking up my glass, I drink the wine down in one and make my way to the bathroom. Opening the cabinet, I pull out one of my razor blades and sit on the edge of the bath tub. I pull up my sleeve and gaze at the silver scars that criss cross the inside of my forearm. Holding the razor blade, I press it against an area of unmarked skin and suck in a breath through my teeth as I draw the sharp edge across my arm. Pain. It helps me feel, lets me know I'm alive. As I watch my blood pool, I feel the tension leave my body. After sitting there for a moment, I get up and hold my arm under the tap, letting the water wash away my blood. I dry my arm with tissue paper and apply an adhesive bandage over my cut. Pouring myself another wine I sit in front of the TV, and wait. I guess I must have dozed off because I'm jerked awake by the sound of the front door closing. Getting up I rub my eyes and head out to the hallway.

Rica has the girl in his arms. Her eyes are closed and her head is lolled backwards, her red curls covering Rica's arm. How much Rohypnol did they give her? I stare at her freckled nose, pale skin and pink lips, which are slightly parted. She looks nothing like I expected. I frown as I notice the mark on her cheek. "How did she get the bruise?"

Brent answers. "She fell over when she left the club."

I glare at him. "You knew she was drugged, you should have kept an eye on her."

He narrows his eyes. "I'm not a fucking baby sitter. My job was to bring her here alive, and she's alive."

I step into his space, my nose almost touching his. "You won't be if you talk to me like that again." At twenty-six, he's six years older than me, but I'm taller, and bigger, and I don't take shit from anyone, except for my dad.

Rica breaks the tension. "Is the room ready?"

I nod, and he carries the girl upstairs. A minute later, he returns and hands me a key. "I've cuffed her to the bed. She'll probably be out of it for most of the night." He claps Brent on the back. "Let's get going. I'm ready to hit the sack."

After they leave, I pour myself another glass of wine and pick up the phone. Dad answers on the second ring.

He hangs up. I want to use my razor blade again but I need to check on the girl. Turning on the light I enter the bedroom and lock the door behind me. There are no windows and the room is soundproofed. I walk across to the bed. The girl is lying on her back, her hands shackled to the bedpost. I can't believe Rica left her on her back like this, if she vomits she'll choke to death. I unlock one of her cuffs and turn her on to her side. I then secure both her hands in front of her. Squatting down beside the bed, I brush her red curls away from her face. Her skin feels cold and clammy. We deal in drugs, loans, protection, and gambling. But kidnapping? That's a step too far for me. I stare at her pale face. This was unnecessary. I had a much better way of dealing with this if Dad would only have listened to me. Her lips look dry and chapped, so leaving the door open, because clearly she isn't going anywhere, I head downstairs and fill a glass with water.

When I get back to the room, she's lying exactly where I left her. Dipping my fingers into the water, I smear it around her lips. Her tongue pokes out to lick the water from my fingers. "I'm sorry," I tell her, though I've no idea if she can hear me. "Once this is straightened out we'll let you go."

Not wanting to leave her on her own in case she gets sick I make myself comfortable on the floor and play a quiz game on my cell phone, until I get a text from a girl I've been seeing. We're not serious. She doesn't really know me at all, she thinks I work as a plumber. It's kind of hard to have a serious relationship when you live my lifestyle. I reply to her message. 'Can't make it tomorrow babe, something has come up.'