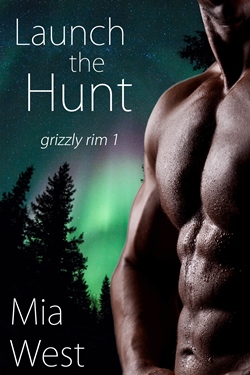 John tried not to look at Maddox’s legs as he got everyone settled in. No wonder the guy had a strange gait. One prosthesis would have been enough of a challenge, but this guy had two. They were going to make the bush pretty interesting.

He gave Maddox’s straps a tug, then handed him a headset. “You a good flier?”

“Better at flying than walking,” Maddox said, giving him a rueful smile that did something to John’s gut. He climbed into his seat and strapped in. Did his checks. Flipped on the headsets.

“Testing. You can hear me?”

“Yes, sir,” the man said. His soft voice in John’s ear cranked the twist in his gut another turn.

Lucky for him, it was too loud in flight to carry on much of a conversation, even with the headsets. Maddox turned a few times to look back at his son, sending him a thumbs-up. John wondered if the boy gave him anything back. He couldn’t tell if the kid was a regular kind of mopey or if he had a specific ax to grind. He supposed he’d see plenty of it over the next few days.

He hoped the kid was a dick. Cora didn’t put up with assholes.

John’s respite from Maddox’s voice ended when they began to cross the small range that bounded the area. “May I ask you a question?”

“You see many eagles up here?”

John almost laughed out loud. “All the time.”

“You think we’ll see some?”

John could feel Maddox looking at him. He glanced over. “Guaranteed.”

“That’d be something.” Maddox smiled. It pressed a line into his cheek, and John imagined skimming it with his tongue.

He turned back to the console in a hurry. Take it easy, man. It’d been a while. A long while. But getting ideas like that would only lead to trouble in the bush. He fiddled with some knobs and hoped Maddox wasn’t a pilot. He hadn’t thought to ask. Was that how he’d lost his legs? Shit, he needed to think less and fly more. Really fly.

Two hours later, he set them down on a relatively flat stretch near a spot he knew. He was pretty proud of his landing, felt a stupid need to make it as smooth as possible. Who was he trying to impress?

“Good one, brother!” Cora called from one of the rear seats.

He gave a small wave, then flinched as Maddox’s voice dripped over his skin. “Like butter.”

He needed to fly fucking now.